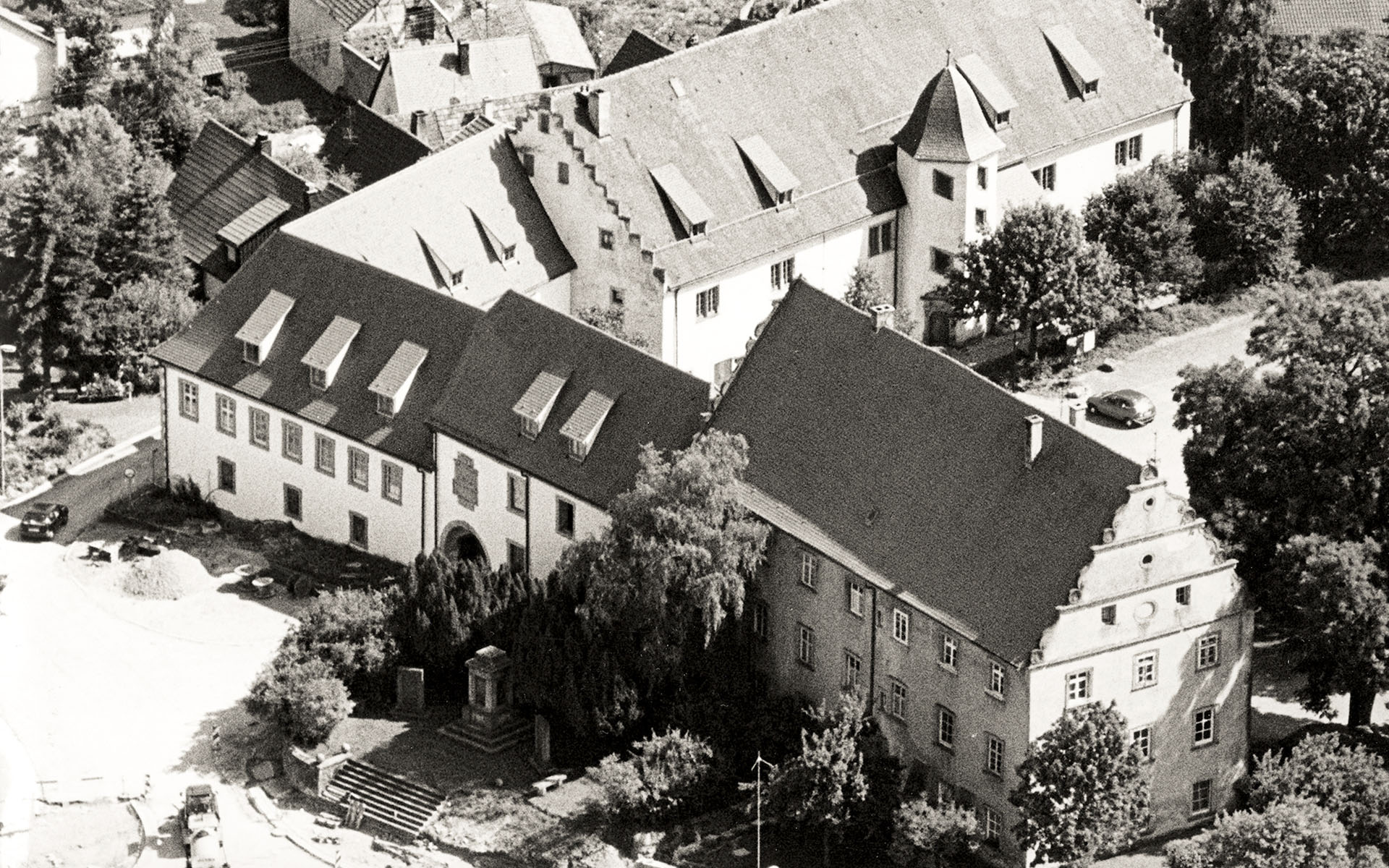 The castle and its lords

The castle is located in the district of Merchingen and is the largest contiguous building of its kind in the Neckar-Odenwald district. 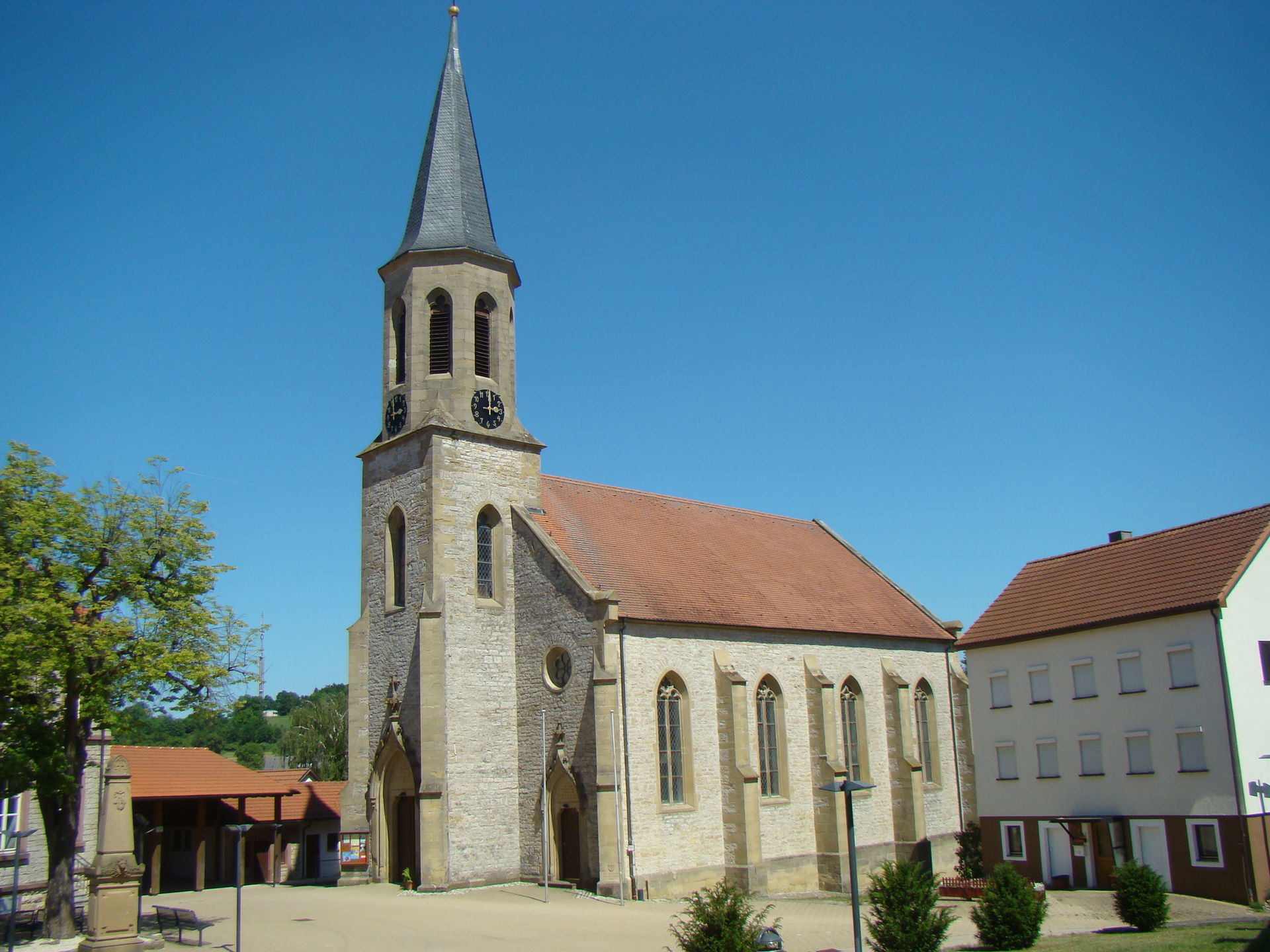 Probably in 500 AD, Merchingen was an Alemannic peasant colony, which settled in the fertile and humid Kessachtal (merch = moor / swamp and swamp = usual Alemannic ending). 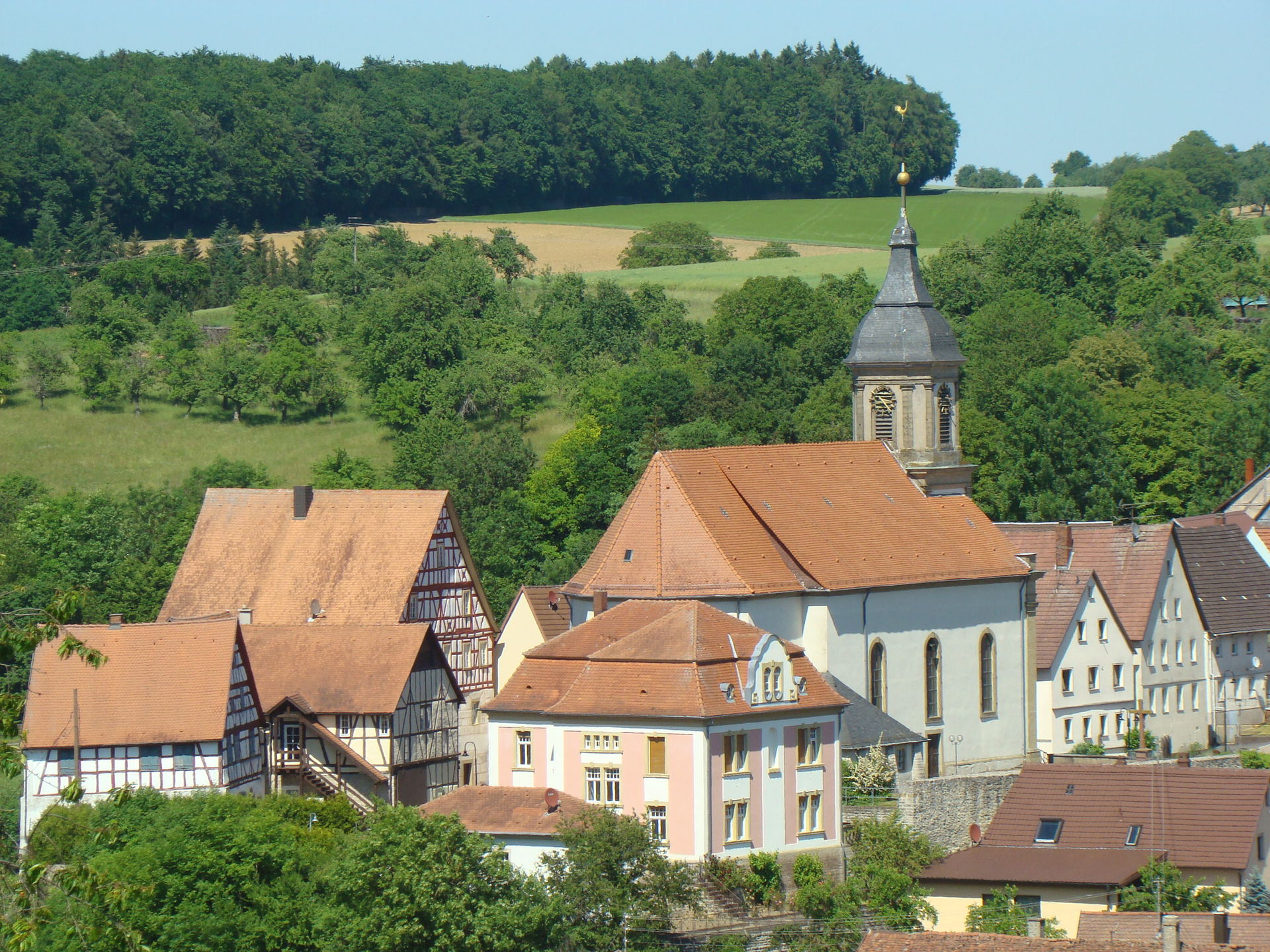 The village of Merchingen was first mentioned in 1188. 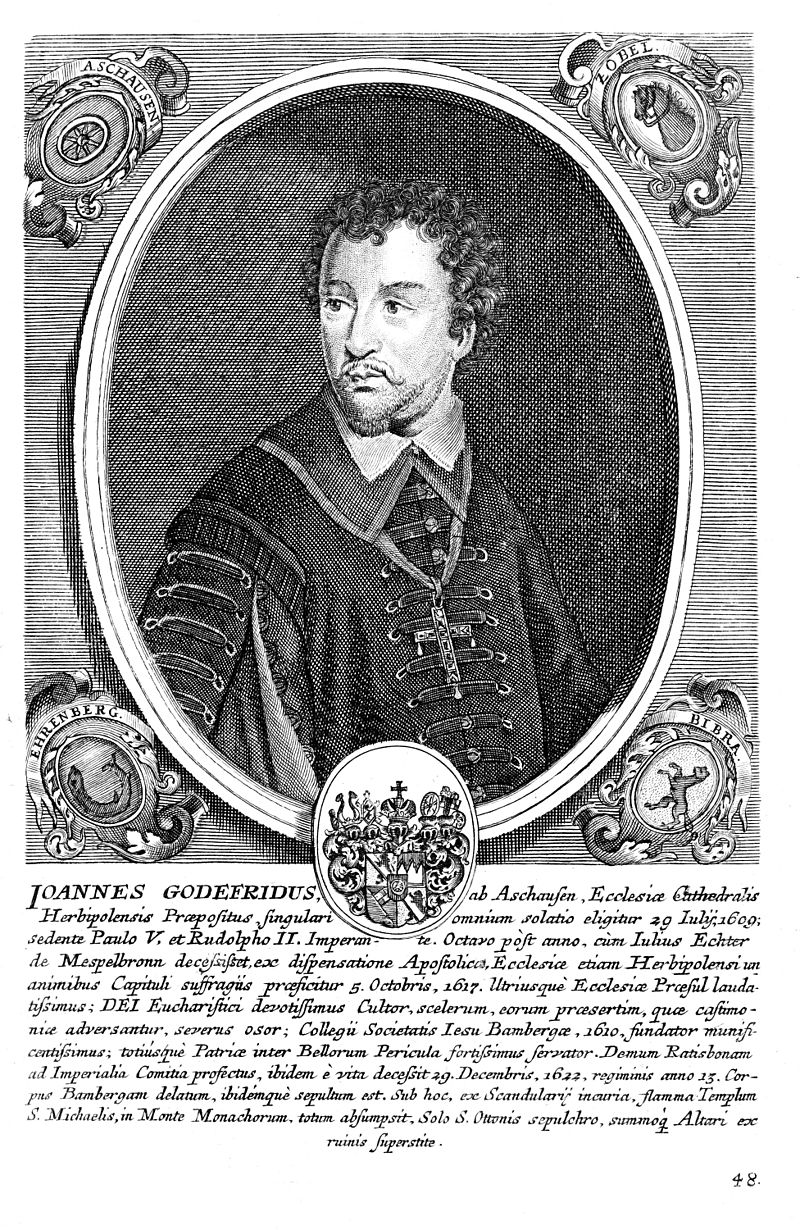 At that time, three important trade routes crossed in this manor from Frankfurt, France and Würzburg via Merchingen to Heilbronn, Stuttgart and on to Switzerland and the Württemberger Land. Merchingen, for example, played a not inconsiderable role in trade during the period of war, feud, robbery and destruction. And so it is not surprising that at this time, a knight's castle stood on the site of today's palace, from where the activity of the merchants was protected, monitored and controlled. 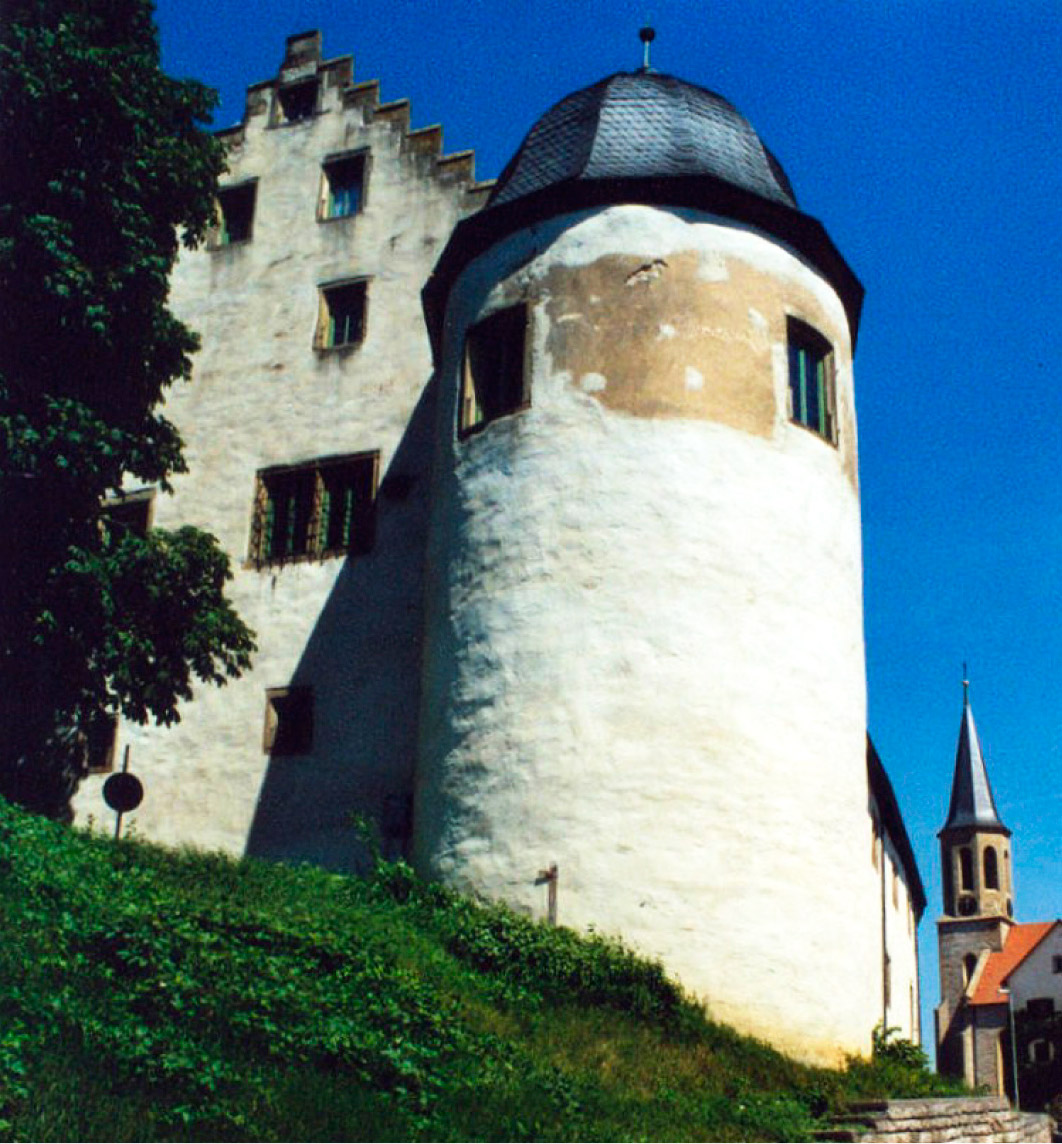 After the decay and demolition of the old castle, only the round tower with its probably still important dungeon remained. The present castle building was added to this tower, and parts of it, such as the cellar windows with late-Gothic forms from the 12th and 13th centuries, were most probably reused. 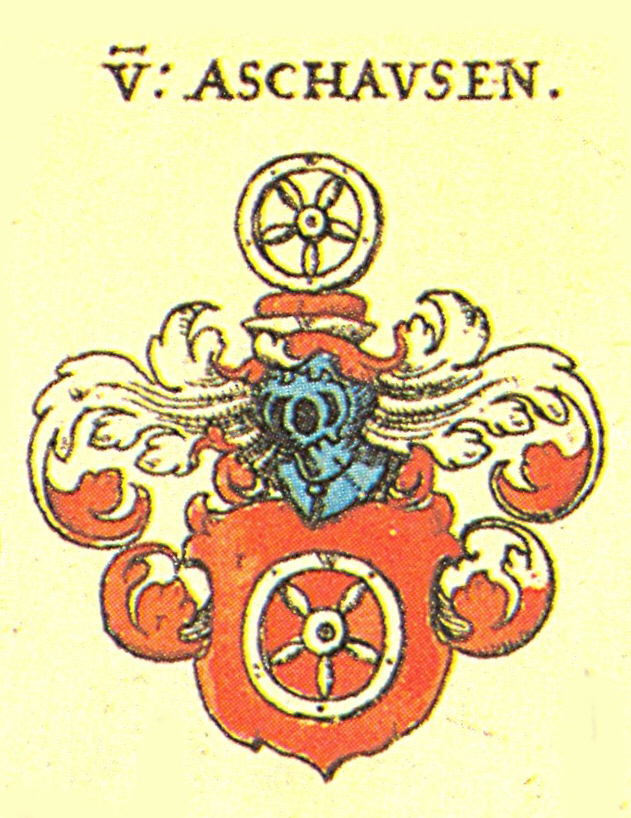 The reason for the new building of the castle was a division of the estate in 1564, from which Johann Erasmus von Aschhausen and his wife Anna Katharina von Aschhausen, née von Reinberg, emerged as new owners of the Merchingen estate. 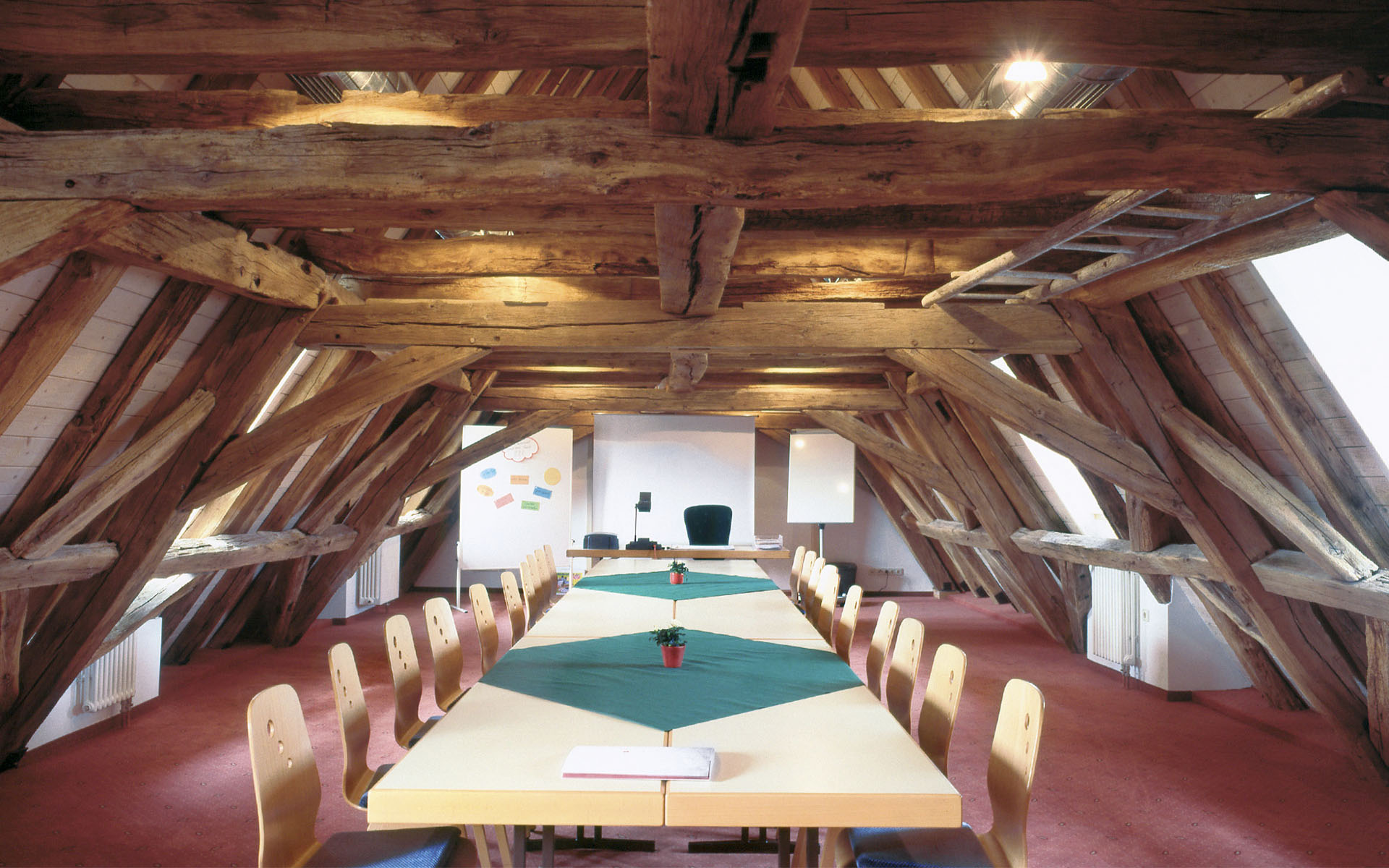 The apartment building was demonstrably demolished in 1574/76. 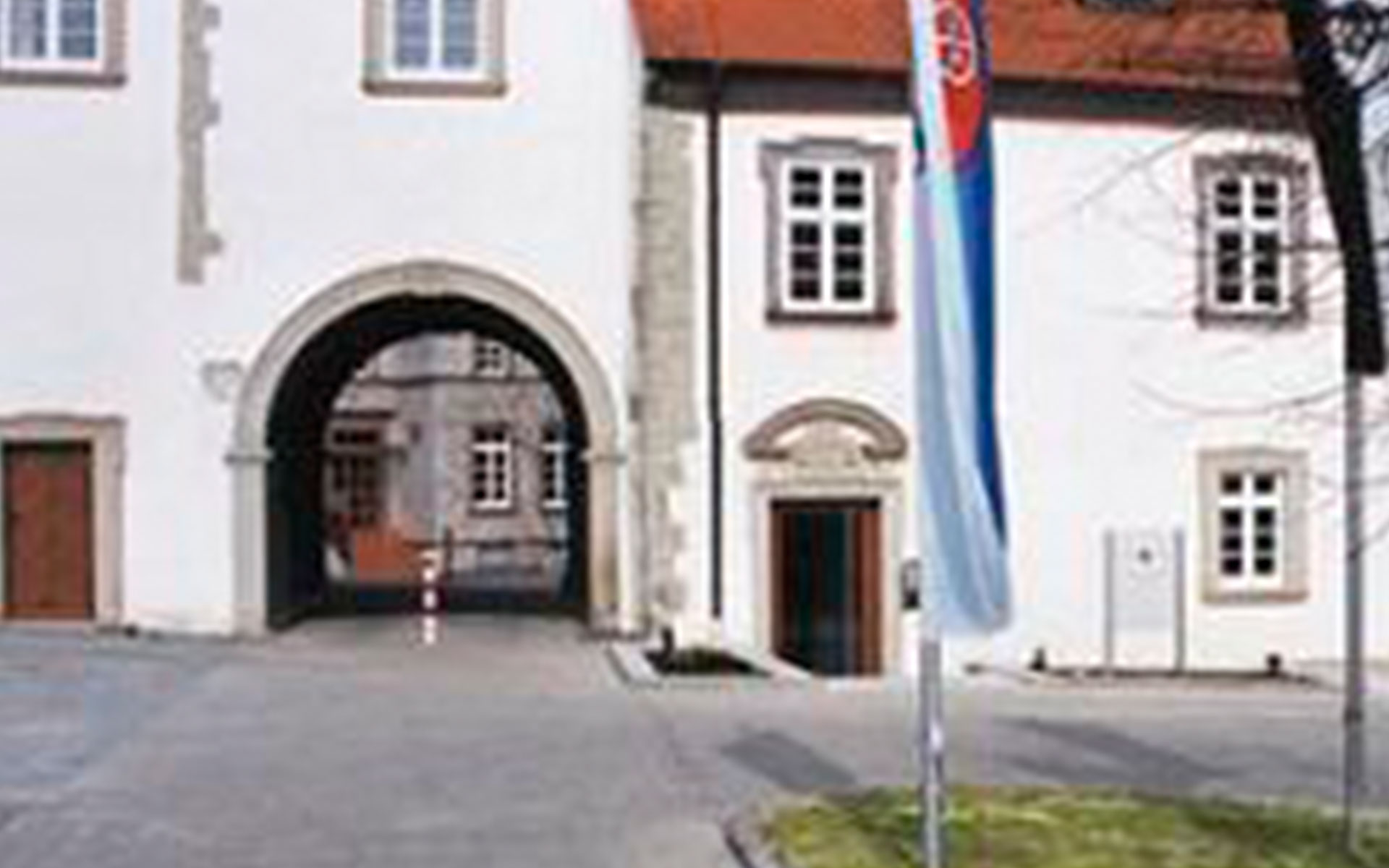 Above the main entrance (gate construction) one finds the year 1593 with the alliance coat of arms of the families Aschhausen and Rheinberg and the inscription ``Cursed be his blood, the verges the property```. Three daughters were born from the marriage of the couple of the lord of the manor, who inherited the estate in equal shares. The daughter Maria Brigitta von Aschhausen bequeathed her third to her three daughters, so that now each granddaughter owned 1/9 of Merchingen. 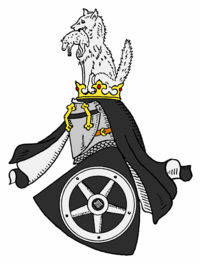 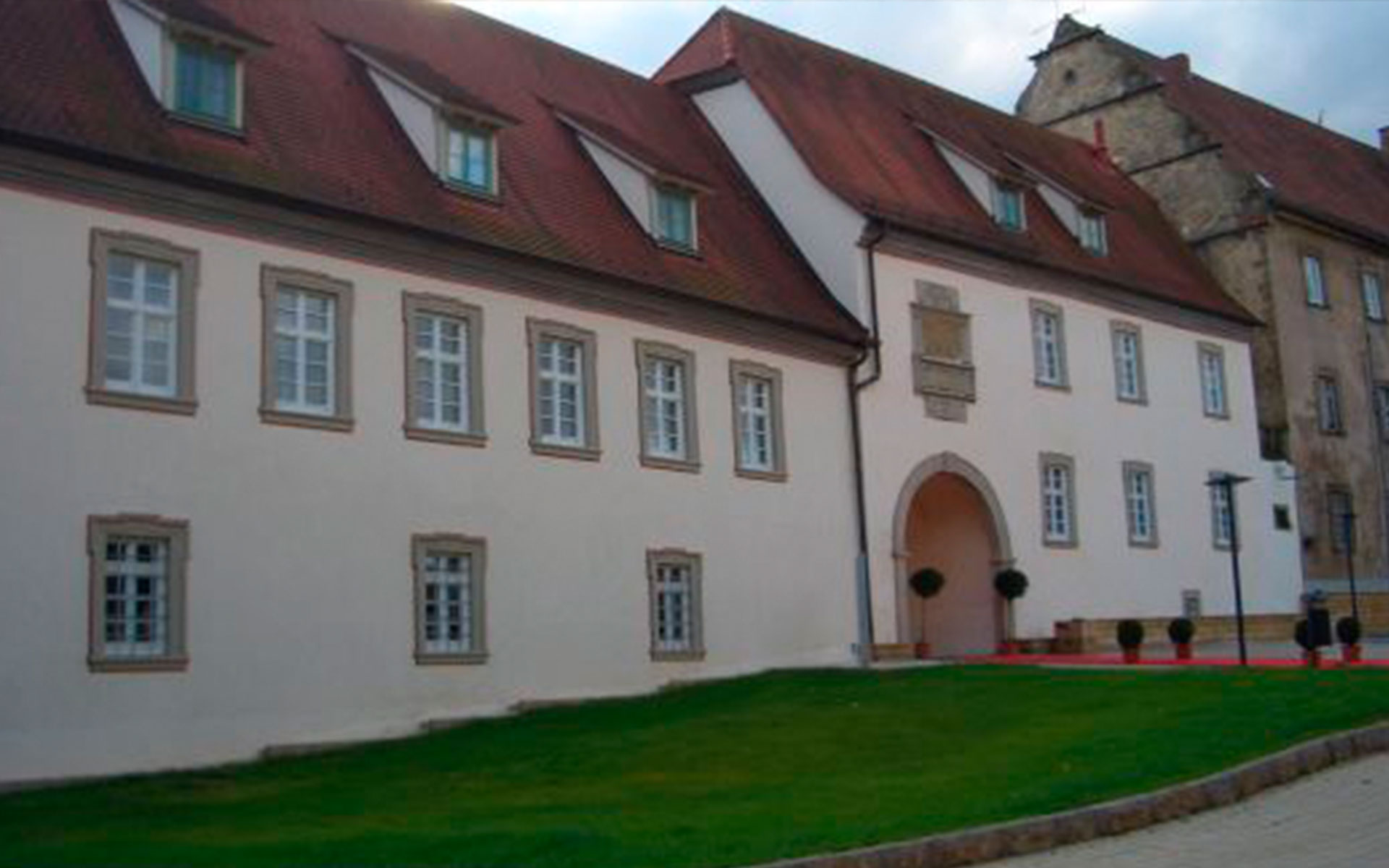 His four sons finally managed to buy back the last ninths in 1709, so that for the next 250 years the Merchingen estate belonged to the masters of Berlichingen. 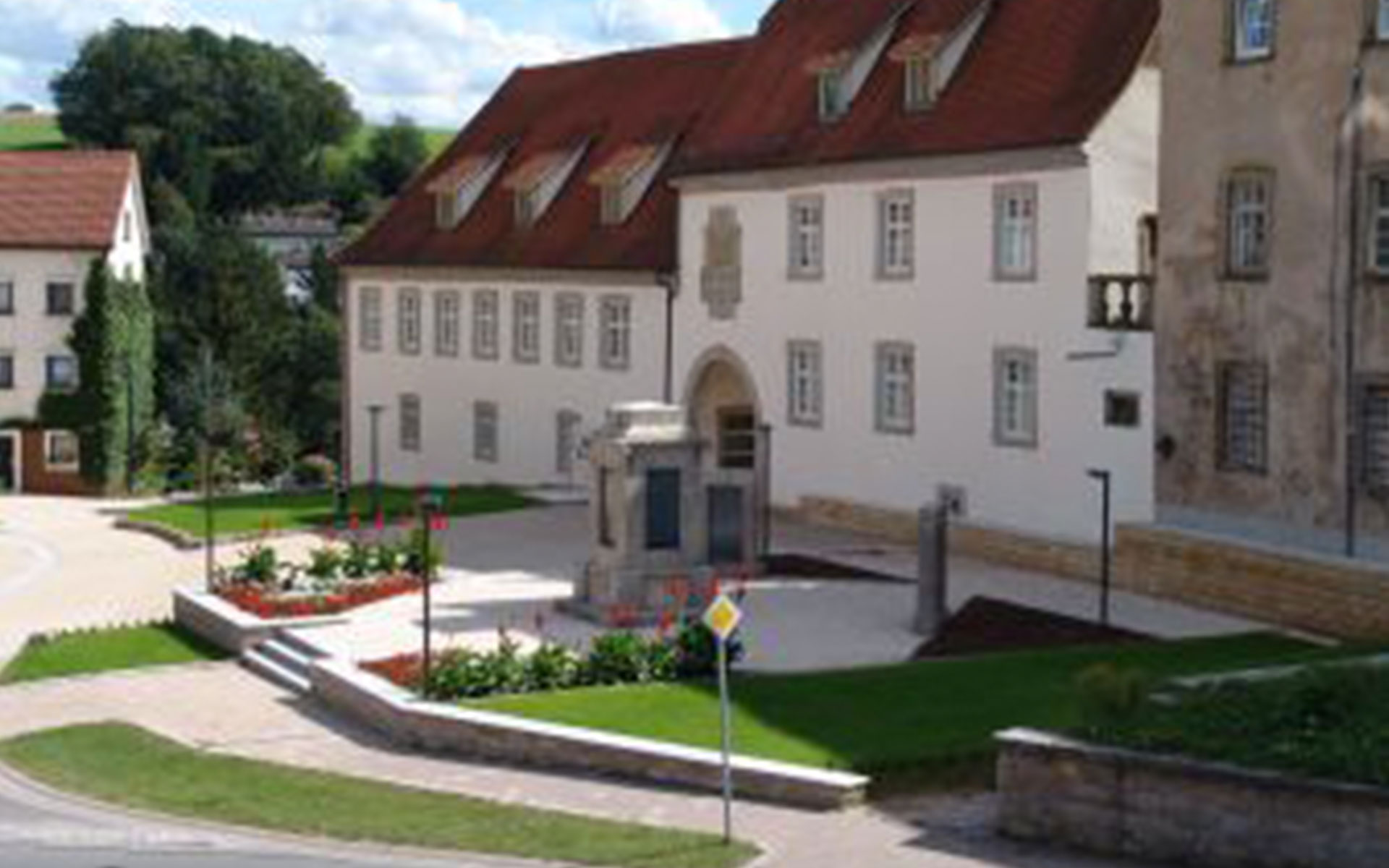 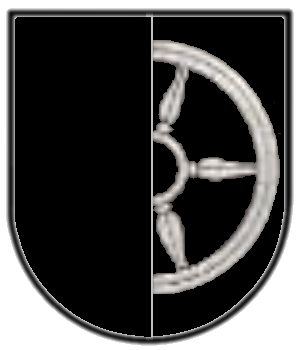 In 1964, the municipality of Merchingen exchanged the hall building and the farm buildings along the castle garden for about 4 hectares of woodland. The farm buildings (stables and barns) were demolished in 1965. 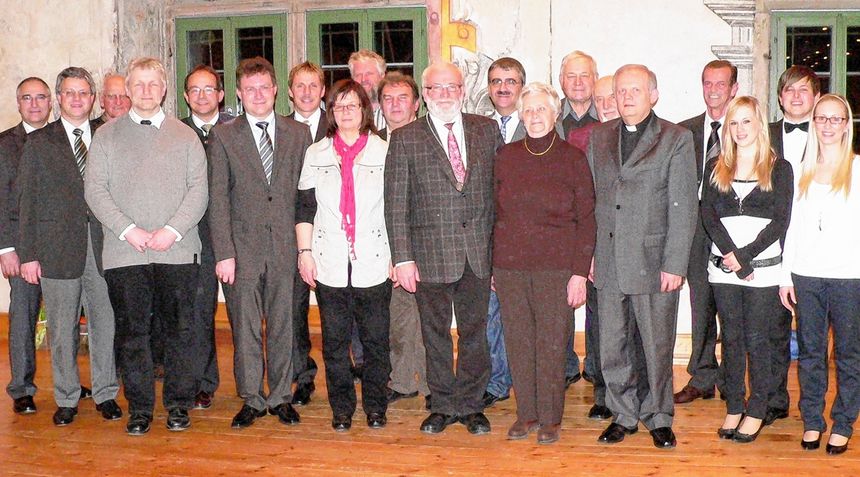 Foundation of the association 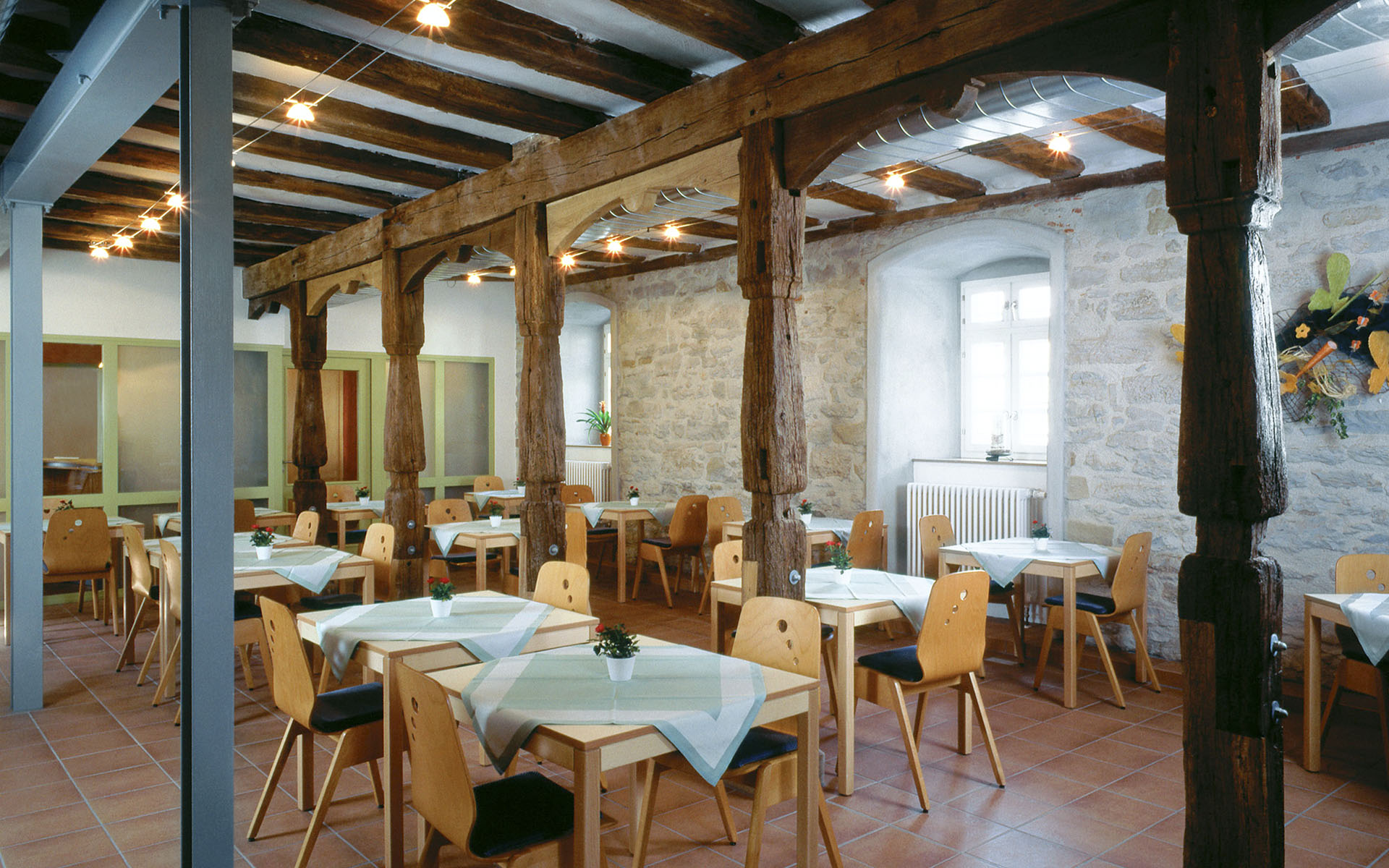 Conversion into a hotel

After the municipality of Merchingen acquired the gate and corner building in 1995, the association converted these parts of the building into a castle hotel. Residential construction is still the property of the Lords of Berlichingen.